According to the report, over the 1996-2010 period, “cumulative economic benefits were the same for developing and developed countries (US$39 billion). For 2010 alone, economic benefits for developing countries were higher at US$7.7 billion compared with US$6.3 billion for developed countries.”
These adoption rates and societal impacts are reminiscent of the transformational impact of mobile phones. The rapid adoption of mobile phones in development is heralded as one of the most dramatic examples of the spread of new technology in developing countries.
The early days of the adoption of mobile phones were marked by concerns over their implications for the incumbent fixed phone industry. It was argued then that mobile phones would be beyond the reach of the poor. Indeed, in the early days mobile phones were available only to a small section of society.
Today mobile phone platforms are creating new industries and services across many sectors such as banking, education, health, and democracy. At the beginning it appeared that the benefits of mobile phones would be restricted to urban areas. Some of the most dramatic benefits of mobile technology are likely to be in agriculture.
ISAAA’s announcement that the adoption of transgenic crops continues to expand at 8% per year is a signal of the transformational impact that genomics have on agriculture. At this rate transgenic crops have recorded the fastest adoption rate of any technology in the history of modern agriculture. This adoption rate is faster than many other documented cases.
One of the most controversial aspects of agricultural biotechnology has been its potential environmental impact. The concerns have generated considered debates and spawned new international rules aimed at curtaining its diffusion. The global community was right to be concerned, especially in light of prior agricultural practices that were evidently harmful to the environment. But many of its champions were wrong to assume from the outset the risks of the technology were likely to outweigh its benefits.
Emerging evidence runs counter to those fears. Over the 1996-2010 period, biotechnology crops have reduced 443 million kg of (active ingredient) pesticide use. This did not only reduce the spraying of chemicals that destroyed biological diversity, but they also cut down harmful exposure by farmers.
Another major impact of the adoption of biotechnology crops has been reduction of carbon emissions. In 2010 alone the world released 19 billion kg less carbon dioxide due to the use of biotechnology crops. This is the equivalent to taking about nine million cars off the road. The world also reduced its use of land by 91 million hectares by adopting the crops.
Not all regions of the world are benefiting from the full potential of agricultural biotechnology. For example, only three African countries (South Africa, Burkina Faso and Egypt) grow biotechnology crops. Despite their late entry, field trials are underway in countries such as Nigeria, Kenya and Uganda. Many others are reviewing their laws to enable them to carry out field trials.
What is heartening is that much of Africa’s biotechnology research is focusing on seeking local solutions such as pest control, disease management, drought tolerance and overall adaptation to climate change. It is part of a larger agenda of reviving agricultural research and involves investments in other sectors such as infrastructure.
These trends do not in any way suggest that agricultural biotechnology is a panacea. To the contrary, the world needs to use the full range of technologies available today to sustain agricultural production. Ideological arguments that focus on a single solution are likely to undermine global food security.
It appears from the available figures that evidence is stacking up against earlier claims that transgenic crops were likely to have dramatic negative environmental and societal impacts. This is not to say that the technology is risk-free.
The evidence shows that agricultural assessments that focus largely on potential risks of transgenic crops will not continue to benefit from the kind of rhetorical support they enjoyed 15 years ago. What world needs now now is a balanced review that looks at all the evidence available to date. 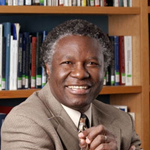 Calestous Juma is Professor of the Practice of International Development at Harvard Kennedy School and author of The New Harvest: Agricultural Innovation in Africa (Oxford University Press, 2011).